Actions and plans to further grow Volleyball and Beach Volleyball in all of the SCD members were discussed under the leadership of SCD President Margaret Ann Fleming and CEV Vice President Jan Hronek, as CEV Executive Committee member responsible for Zonal Associations and the Small Countries Division.

“As a long-time supporter of the SCD, I was delighted that 12 out of 15 SCD members attended today’s meeting,” CEV Vice President Jan Hronek said. “Our discussions pave the way for increasing the levels of both activity and participation among the SCD members in Europe-wide competitions and events.”

The CEV Development Department summarised the current level of activities of SCD member Federations and outlined opportunities for both funding and development activity. In addition, delegates attending were reminded of the CEV’s Development Plan ‘2020 Vision’ and encouraged to revisit their own plans ensuring they are both current and cover Volleyball and Beach Volleyball.

A number of projects were presented and the relevant application process was explained in order to make delegates familiar with procedures and goals of actions that can only be instrumental to the development of the sport across Europe and more specifically within their own countries.

The Technical Director of the Royal Spanish Volleyball Federation (RFEVB), Mr Luis Muchaga, on behalf of RFEVB President Agustin Martin Santos, gave an insightful presentation on the facilities of the World Technical Beach Volleyball Centre which was opened in 2014 in Lorca and which is on track to become a Beach Volleyball hub within the European network of Development Centres.

“We look forward to SCD member Federations using the first-class facilities of our World Technical Beach Volleyball Centre in Lorca to better prepare their athletes as they strive for further participation in international competitions, something which would help inspire the next generation of Volleyball and Beach Volleyball players in their respective countries,” Mr Martin Santos said.

“I am delighted that so many members of the SCD Volleyball family attended this seminar and agree and support our vision to increase participation in international activities,” SCD President Margaret Ann Fleming commented. “We laid the foundations for stimulating mass participation with a focus on the 8-14 age group, which it is hoped eventually will produce the stars of tomorrow.” 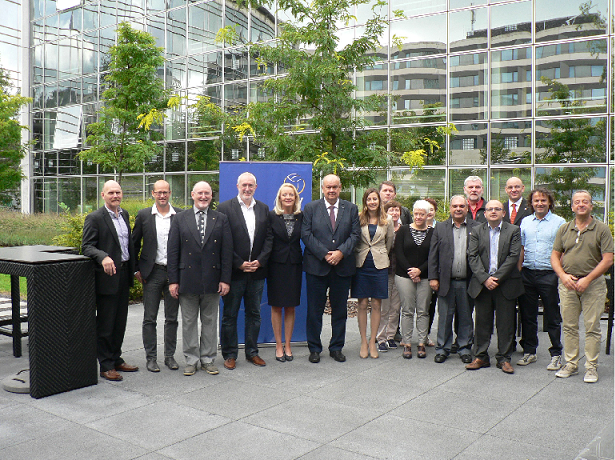