63 young players from five different countries and 10 coaches representing as many as eight different nations joined a memorable edition of the annual International Youth Volleyball Camp organised by the FIVB/CEV Development Centre – Luxembourg at its satellite venue, the Institut National des Sports (INS) in the capital city of the Grand Duchy.

The Luxembourg Volleyball Federation proudly reports that the number of participants doubled since the first edition of the camp in 2014. “This is an amazing result,” says FLVB President Guy Erpelding.

Sticking to the principle that “you never change a winning team”, the camp was once again placed under the guidance of Ruben Wolochin, the Argentinean-born mentor of Germany’s Volleyball standout TV Ingersoll BÜHL.

Wolochin says: “After the memorable first edition last year, it was great to see that the DC in Luxembourg is not simply growing with regards to the number of participants it attracts but also as far as the quality of the general organisation is concerned.”

Wolochin continues: “Personally, it was great to see that many of the participants were coming back from last year and I was impressed at how much they had improved on their skills during the past 12 months. This gave us the opportunity to enthusiastically embark on another journey in their Volleyball education. Once again: I’m very proud of what we delivered and very pleased with the organisational level and also with the collaboration with this now well-established Development Centre here in Luxembourg.”

One of the participants, Leszek Mazur who had travelled all the way from Poland said: “I would like to say a big thank you once more for such fantastic camp. It was a very interesting week and an enriching experience for my future coaching career.”

The Director of the Luxembourg Development Centre, Burkhard Disch, says: “The performance of the players, the coaches and their supervisors was simply amazing, it’s difficult to find the right words to describe such a great ambiance.”

“Our goal from last year’s edition was to increase the number of international participants and to try to push our activities even more, in order to boost the overall level of the camp,” he adds. “I think that we definitely achieved both of these major goals. It’s now time to take positives from this experience, take a little breath and plan the next edition of the camp and raise the bar even higher. Many thanks to all who attended the camp! The DC in Luxembourg invites you to add this activity to your agenda for 2016, which will special in its own since it is an Olympic year.” 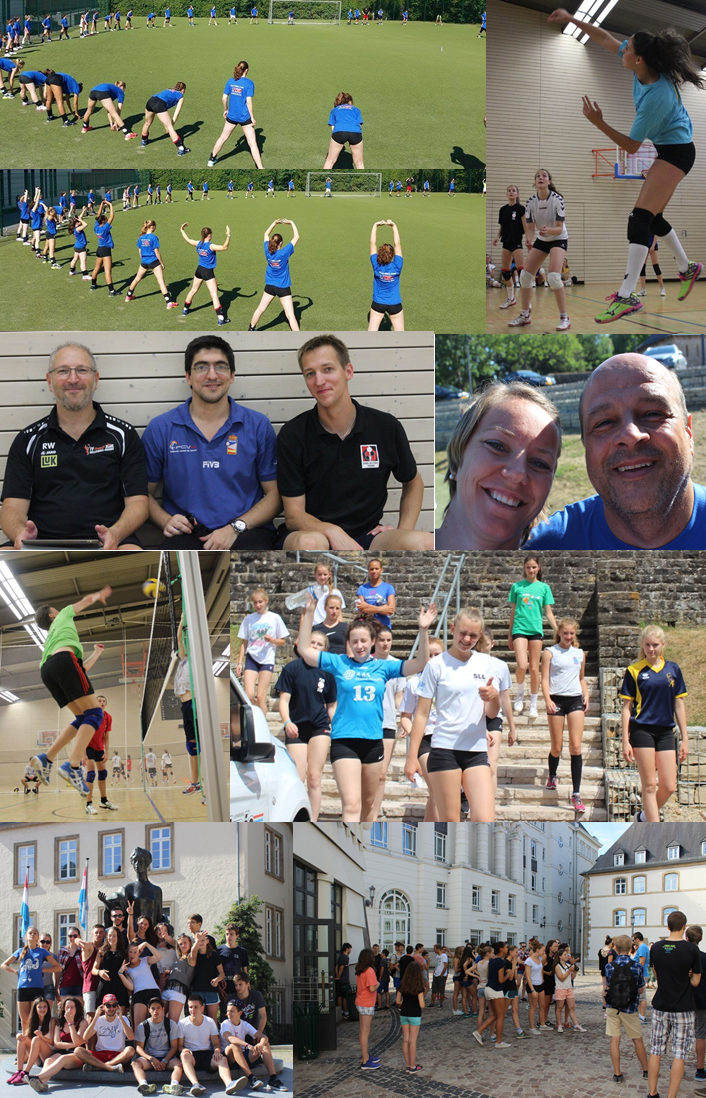